Pierre Turgeon would quickly make an impact with the Sabres once he arrived. In his rookie season, he contributed a respectable 42 points (14 goals, 28 assists) during the 1987–88 NHL season helping the Sabres reach the playoffs for the first time in three years.

After four plus years with the Sabres, Turgeon was traded on October 25, 1991, to the New York Islanders. Pierre Turgeon's best season as an Islander was the 1992–93 season. On November 8, 2005, Turgeon became the 34th player in NHL history to score 500 goals. He scored against the San Jose Sharks. On September 5, 2007, announced his retirement from the NHL. 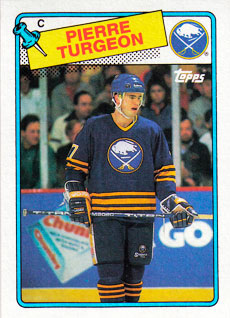